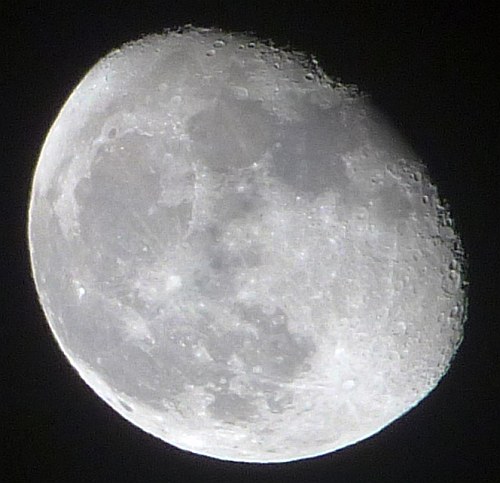 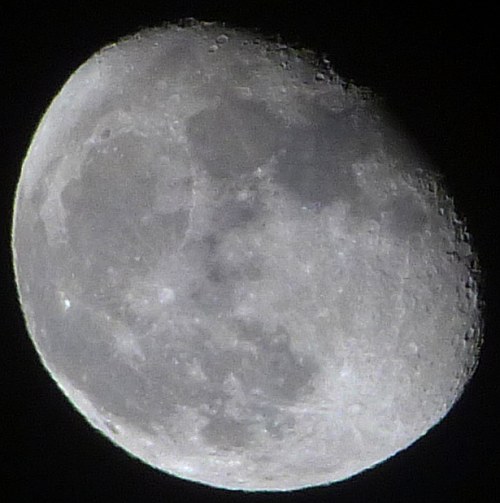 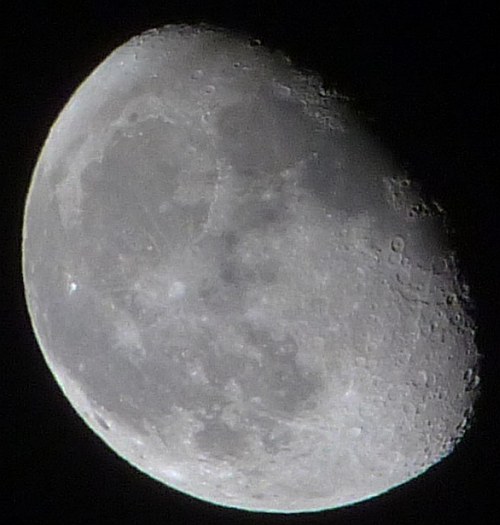 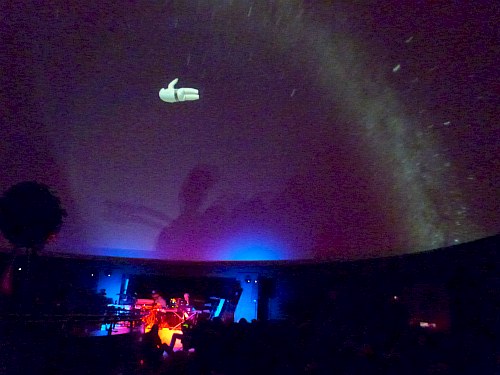 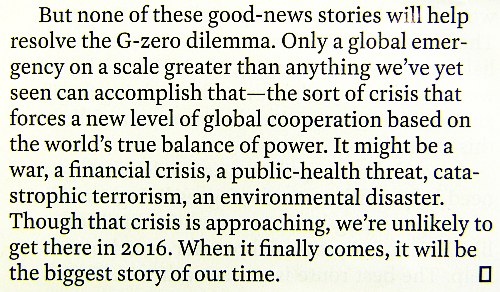 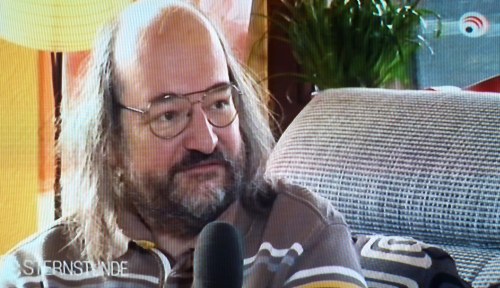 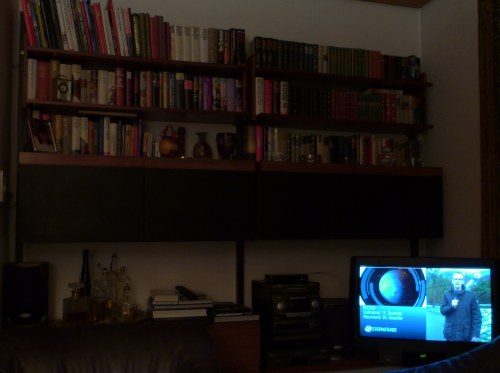 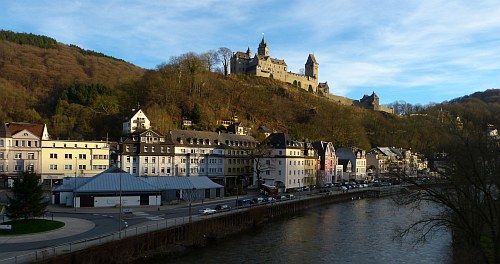 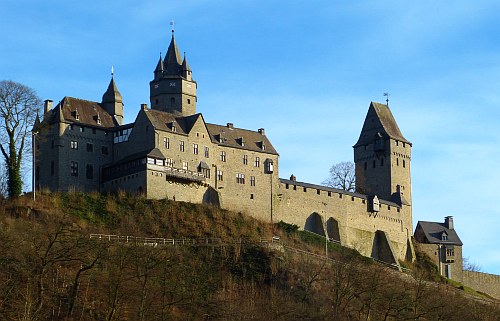 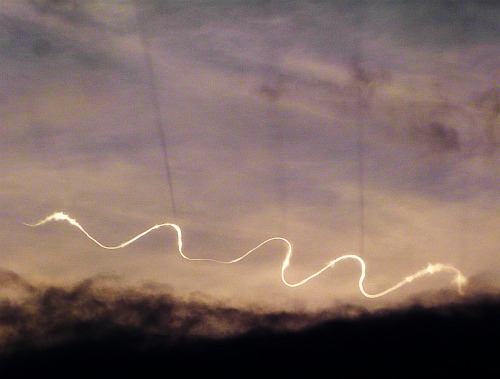 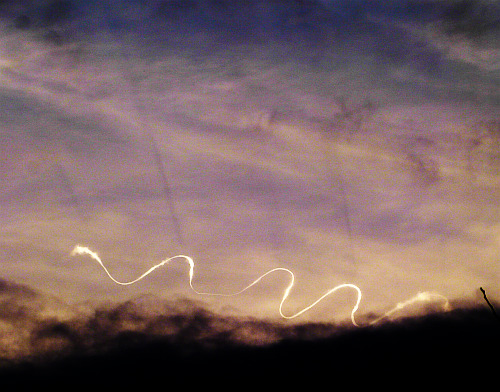 Saw this crazy stuff from Königswinter-Heisterbacherrott, NRW, Germany, through a gap in the cloud cover facing west around 16:00 CET today, i.e. around sunset time – contrast more or less enhanced, no other image manipulations besides cropping. Sadly I didn’t see the vehicle causing this nor what this contrail had looked like initially; airplanes produced several more in this sky path during the brief viewing window – which were perfectly straight.

A lengthy Google picture search for unusual contrails brought up this and this example with similarities on small scales which may indicate that a Crow instability is somehow involved but nothing like my ’sinus curve in the sky‘.

But within minutes(!) of posting this on Twitter, the hive mind of the web already delivered the complete, detailled explanation which, as suspected above, does involve Crow instabilities but more – such ’solitary hybrid contrails‘ are „not a freak event but a recurrent albeit rare phenomenon“. ADDENDA: similar observations in the same month – and another example from 2016, with different twisting. 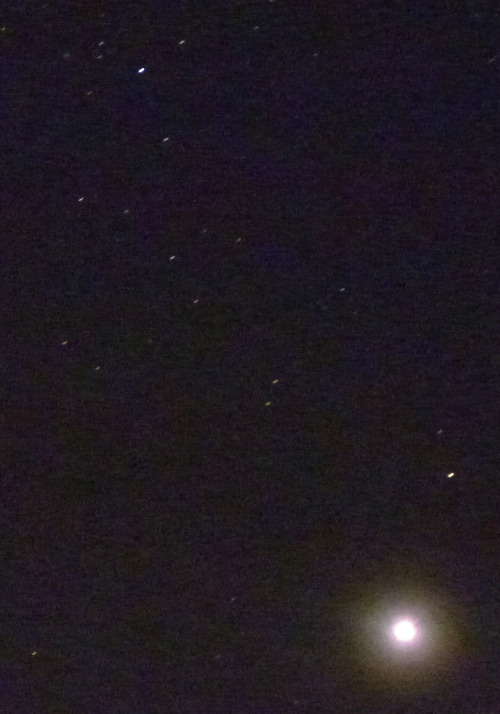 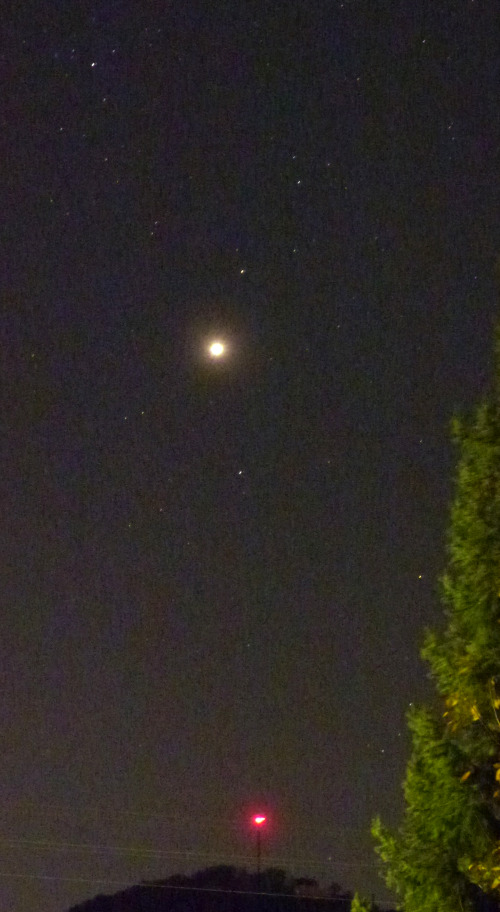